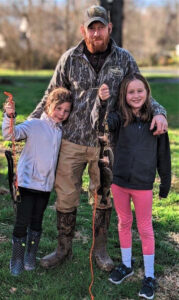 Mr. Andrew Neilson, CJF
Andrew started shoeing with his dad and uncle full time when he was 14. He has lived and worked in South Eastern, PA his whole life. Andrew started his own business when he was 18, received his CF and CJF by the time he was 22. He shoes mainly 3 day eventers and jumpers and started competing seriously in 2015. He is a 2 time member of the WCB Team and the President of the PPFA since 2015. At this point in his career he loves training and coaching young farriers. He has regular hammer ins at his shop as well as several apprentices in the truck weekly. When Andrew is not shoeing he enjoys hunting, fishing and camping with his family. Andrew is married and has three lovely daughters. 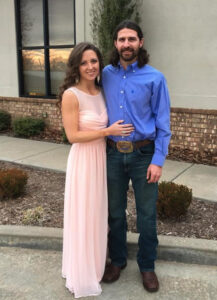 Mr. Lamar Weaver, CJF
Lamar began his horseshoeing career in 2003, working as an apprentice for four years. He started his own practice in 2008, becoming a full time farrier, shoeing and trimming a variety of horses. His practice now mainly consists of dressage and event horses. In 2008 he also started competing and working towards completing the AFA certification program, passing the CF test in 2009 and CJF in 2012. He has been a very active competitor since as an AFA Team member in 2013 and 2018, and a member of Team WCB from 2015-2017. Due to his achievements, he has had some outstanding opportunities to compete in some great team and individual competitions in the States and abroad. He enjoys and appreciates the camaraderie, as well as the education, knowledge and skill that can be gained through competing and being judged by your peers. He feels very honored to be asked to share his experience and knowledge through working as a clinician and judge. Lamar is married and lives in Maryland.

You can also reserve your room by using the link: